As a member of the public passed the intersection of China Road and Civilization Road in Anyang City, he noticed a row of flashing Solar Stud For Road next to the zebra crossing. They are curious. What does a square blue light do?

With questions, they contacted Xue, manager of Henan Ruichen Traffic Equipment Co, Ltd., which installed the equipment. “The device is called an aluminum Solar Stud For Road, and the solar studs act as an indication of the road at night or in rain and fog, and alert vehicles to slow, safe driving,” he said. ” 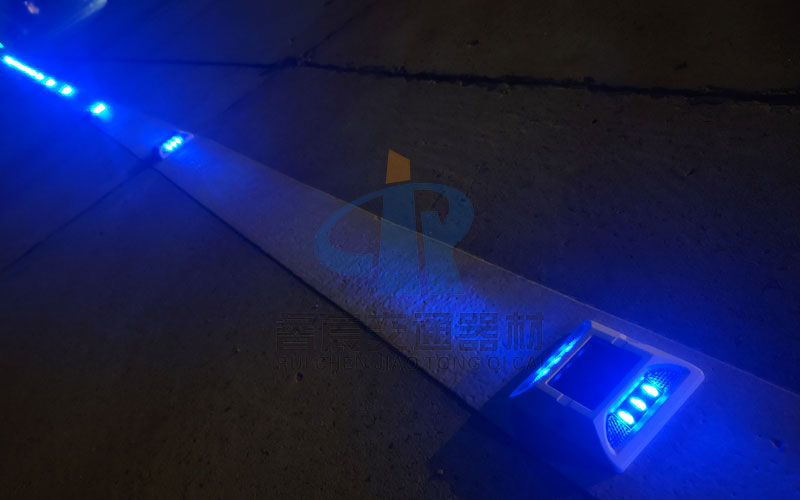 “In the past, Solar Stud For Road could be seen in aircraft lanes and highways, ” Says Mr. Xue. Due to its small size and obvious early warning effect, aluminum Solar Stud For Road are widely used in various road traffics. In urban road traffic, aluminum solar signs have appeared on many urban roads, on the one hand, can improve the safety of vehicles and pedestrians, on the other hand, can beautify our urban roads and add some color environment to beautiful cities. ”